How are nanomaterials affecting the environment—and us? With a new grant renewal, CEINT researchers seek answers

The nanomaterials revolution has made these exceedingly tiny engineered particles a hot commodity, used in products from clothing to sunscreen to electronics. But the very properties that make them so useful – vanishingly small size and high surface area – may have unintended consequences as they enter living organisms and the environment.

In an effort to evaluate the risks and benefits of nanomaterials, Duke's Pratt School of Engineering in 2008 launched a Center for Environmental Implications of NanoTechnology (CEINT) with a $14.4 million grant from the National Science Foundation (NSF) and the Environmental Protection Agency (EPA). For five years, the multidisciplinary research center has been learning more about where nanoparticles accumulate, how they interact with other chemicals and how they affect the environment. Now that hard work has been rewarded with a $15-million grant renewal that will allow the research team to evaluate the effect of long-term nanomaterial exposure on organisms and ecosystems. 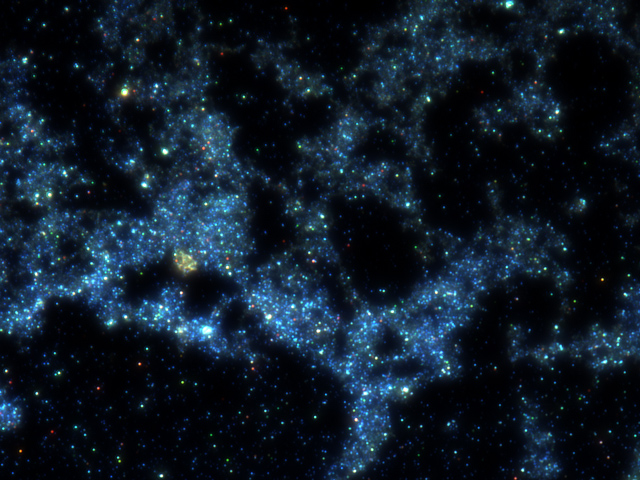 "The previous focus has been on studying simple, uniform nanomaterials in simple environments," said Mark Wiesner, James L. Meriam Professor of Civil & Environmental Engineering and director of CEINT. "As we look to the next five years, we envision a dramatically different landscape. We will be evaluating more complex nanomaterials in more realistic natural environments such as agricultural lands and water treatment systems where these materials are likely to be found."

When CEINT formed, little research had been done on how materials manufactured at the nanoscale -- about 1/10,000 the diameter of a human hair – enter the environment and whether their size and unique properties render them a new category of environmental risk. For example, nanoparticles can be highly reactive with other chemicals in the environment and had been shown to disrupt activities in living organisms. Indeed, nanosilver is used in clothing precisely because it effectively kills odor-causing bacteria.

To tackle this expansive research agenda, CEINT leadership assembled a multi-institutional research team encompassing expertise in ecosystems biology, chemistry, geology, materials science, computational science, and mathematical modeling, among other specialties, to complement its engineering expertise. The Center has 29 faculty collaborators, as well as 76 graduate and undergraduate students participating in research. Over its first five years, CEINT has answered some of the most pressing questions about environmental risk and has learned where to focus future research.

Key findings from the first five years include:

Nano-scale particles have always existed and the number and variety of naturally occurring nanomaterials far outweighs that of engineered particles.
CEINT scientist Michael Hochella, a geoscientist at Virginia Polytechnic Institute and State University, Blacksburg, Va., inventoried nanoparticles and concluded that natural nanoparticles are found everywhere, from dust in the atmosphere to sea spray to volcanoes. These natural nanomaterials are difficult to separate from engineered nanomaterials in terms of environmental risk.

Engineered nanoparticles change once they enter the environment and those transformations must be considered to accurately describe their effects on the environment, according to a review—named the best feature article of 2012 by the journal Environmental Science and Technology—by Gregory V. Lowry, Deputy Director of CEINT and professor at Carnegie Mellon University, Pittsburgh, along with colleagues from the University of Birmingham, U.K. and the University of South Carolina. The large surface area of nanoparticles makes them highly reactive once they enter the environment, the researchers argue. These transformations will alter their movement and toxicity and must be considered when studying nanomaterials.

Innovative imaging techniques can capture nanoparticles and allow surveys to be taken, even in complex environmental samples.
A research team led by CEINT investigators Jie Liu, associate professor of chemistry at Duke, and Wiesner showed that more than a dozen types of engineered nanoparticles, including silver, gold, and titanium dioxide, along with carbon nanotubes, can be surveyed using a technique called hyperspectral imaging, which measures light scattering caused by different types of nanoparticles. The new technique, co-developed by postdoctoral researcher Appala Raju Badireddy, is sensitive enough to analyze nanoparticles found in water samples ranging from ultrapurified to wastewater. It will be used in future long-term studies of how nanoparticles move and accumulate in ecological systems.

It is possible to estimate current and future volume of engineered nanomaterials.
Understanding the volume of nanomaterials being produced and released into the environment is a crucial factor in risk assessment. CEINT researchers led by Christine Hendren, CEINT executive director, measured the upper- and lower-bound annual U.S. production of five classes of nanomaterials, totaling as much as a combined 40,000 metric tons annually as of 2011.

Nanomaterials must be studied in complex, realistic environments to accurately predict their behaviors and effects.
"As more complex nanomaterials are incorporated into a growing number of products, we will need to evaluate how nanomaterials behave within, for example, a matrix or polymer, rather than as the simple raw materials," said Wiesner.

CEINT has developed a unique resource to study nanoparticles in a controlled but realistic environment. Called "mesocosms," these open-air terrarium-like structures contain simulated wetland ecosystems that can be evaluated over time. Using the mesocosm system, CEINT researchers studied the effect of silver nanoparticles used in many consumer products and showed that even when exposed to a low dose, plants and microbes in the mesocosm produced about a third less biomass, indicating environmental stress. The study was published in Feb. 2013 in the journal PLoS One. Next, researchers plan to look at how nanomaterials are transferred between organisms, an area that remains poorly understood. Efforts over the next five years will address this knowledge gap.

"Over the long term, we want to evaluate how nanoparticles bioaccumulate in complex food webs," said Emily Bernhardt, a Duke professor and ecosystem ecologist who helped design the mesocosms and studied the effect of nanosilver on the simulated ecosystem. "The additional funding will allow us to study the subtle effect of low-dose exposure on ecosystems over time, as well as complex interactions among nanoparticles and other environmental contaminants."

Looking forward, the investigators at CEINT plan to expand the use of systems modeling and to create a "knowledge commons," a place to store various kinds of data that can then be analyzed as a whole, said Hendren.

"Our investigators and collaborators are located across the globe," she added. "We are committed to disseminating information that can be translated into responsible regulatory frameworks and that will be available to compare with results of future research."

The Center for the Environmental Implications of NanoTechnology (CEINT) is funded by a $15 million grant from the National Science Foundation (NSF) and the Environmental Protection Agency (EPA) under NSF Cooperative Agreement EF-0830093. CEINT is exploring the relationship between a vast array of nanomaterials— from natural, to manufactured, to those produced incidentally by human activities—and their potential environmental exposure, biological effects, and ecological impacts. Headquartered at Duke University, CEINT is a collaborative effort among researchers from Duke, Carnegie Mellon University, Howard University, Virginia Tech, University of Kentucky, and Stanford University. CEINT academic collaborations include ongoing activities coordinated with faculty at Baylor, Clemson, North Carolina State, and North Carolina Central universities, with researchers at NIST and EPA government labs, and with key international partners.