Emissions of Pollutants from Nanowaste Incineration

Disposal of waste through incineration produces hazardous pollutants. Among them, polycyclic aromatic hydrocarbons (PAHs) and chlorinated dioxins and furans are of concern, as some of them can induce cancer, can cause mutations in genetic material, and can interfere with the proper functioning of hormones. In addition, some of these compounds can remain in the environment for a long time and be transported long distances from where they were originally released. 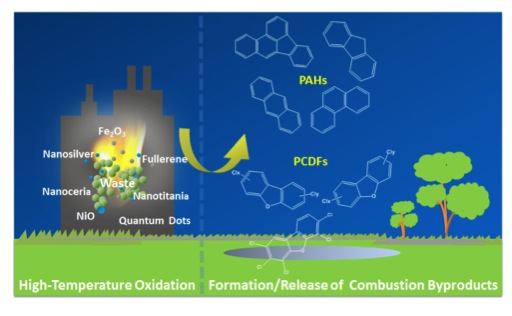 Some of these hazardous pollutants will be removed from incinerator exhaust by air pollution control equipment, but open burning, which is practiced in some areas, could lead to their release into the environment. As nanomaterials are used in more and more consumer products, further studies on their environmental and health impacts are warranted.